Hi ! In this post I will explain to you one of the most efficient method for multi-agent reinforcement learning. This method is derived from paper : Grid-Wise Control for Multi-Agent Reinforcement Learning in Video Game AI.

Before reading this I advise the reader to have some notion of reinforcement learning (policy, reward, state, policy gradient, Q-learning), deep learning, markov decision process, and optimization. This article is a global review of the paper, it is not a question of detailing all the algorithms!

But before that, put on the light theme for a better reading!

A quick overview of ways of looking at the MARL problem

When you’re looking to train multiple agents to solve a task, you need to ask yourself how you’re going to pose the problem.

Of course there are methods between these two visions which are a mixture of centralized and decentralized learning. Nothing’s all black and white, it’s the gray that wins. This article does not aim to explain all the learning methods (you can find references to methods centralized, decentralized and mix in the original paper).

A solution: The Grid-Wise Control

Let’s get to the heart of the matter!

We will take as an example of Starcraft2 game :

A strategy game where you have to control and cooperate several agents (often hundreds) to destroy the enemy base : How do we use these agents and get them to cooperate in destroying the enemy base ?

To bring a solution to the MARL problem we define a well known architecture in deep learning : an encoder-decoder ⏳ .

We will present this architecture layer by layer in a rather static way. Then we will see how it works and the different algorithms it uses to train the agents.

Our architecture can’t take that image. We have to find a way to encode the relevant information of the environment and the agents in the form of a set of grids (a tensor).

To describe our image we can give a set of grids as the following image:

Each feature map (to the right of the image) represents relevant information about the environment and the local environment of our agents. Some information present on the initial image is deliberately hidden because it is useless.

For example the feature map on the first line in the 4th position represents the player’s camera. This is a more than relevant information!

This way we can create full feature tensors that represent the current state of our agents in the environment. We can then give this tensor to our network.

As you can see, our architecture has another element. Our network is divided in two : the encoder-decoder and what we will call the critic block. Once the information is encoded, we will extract via a fully connected layer the value function. We will explain what this function is in the next part which will deal with the optimization of this network.

From now on, our architecture is well defined ! The question that comes from now on is : How to optimize our network to answer the MARL problem? With the policy gradient !

Let’s summarize what we just said with this little diagram !

As you have just seen, this diagram adds extra information ! What I called ‘critical-output-value’ and also the ‘policy optimisation’.

Our architecture has 2 outputs : The action grid $a$ and the output value $v$. To optimize our network we must therefore minimize a loss function.

The optimization of this function corresponds to the last step of our diagram !

The question that comes naturally now is the choice of that loss function.

The purpose of our architecture is to give us for a state the best possible action (to maximize the reward). Our architecture therefore serves to optimize what we call policy $\pi$.

The policy is a function that gives us the probability of making an action $a$ knowing that we are in a certain state $s$. We want to optimize this policy so that our agent does the best sequence of actions (i.e. the sequence of actions that maximizes the reward).

In more mathematical terms, in that RL problem one seeks to optimize policy by maximize the following quantity :

We have to find the best policy $\pi$ in order to maximize the future rewards.

Let’s cut the suspens ! This is our loss function $J$ :

Let’s explain the different components of this formula :

What is the intuition behind this function? Let’s take inspiration from Adil Zouitine’s paper note :

If the avantage estimate was negative meaning the action took by the agent in the sample trajectory resulted in worst than average return we’ll do is decrease the probability of selecting this action in the future when we encouter the same state (gradient is “negative”, decrease these action probability)

For a more detailed explanation of the algorithm, here are some references :

In the previous section we have seen how to optimize an actor-critic algorithm.

The following diagram summarizes the entire process of optimizing our network. 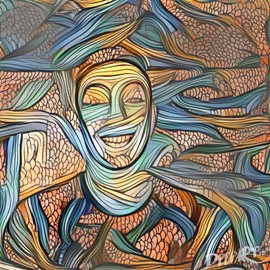 Personal blog about mathematics, machine learning and their applications!